Hyundai HX220AL: Three in a row

“Simply the best machine and back up I’ve ever had.” These are the words of owner operator Mervyn Vaughan about his new Hyundai HX220A and the supplying dealers Molson Equipment.

Mervyn and wife Pamela own M&P Plant Hire based in Verwood, Dorset and have done since 2001. “I came from a farming background and was getting paid just £20 per week.” Mervyn comments “But I realised my friend was getting three times as much money working in the local quarry, so I went and asked for a job!” The job in the quarry saw Mervyn start out driving an AEC Matador carrying stone to stockpiles. As was the case in the great days of earthmoving, lunchtimes were spent practicing on various kit around the quarry with the loading shovel, excavator and D6D being used to train the eager youngster up. “The D6D and scraper box came up for grabs when its operator wanted to retire.” Mervyn comments “So I was trained up properly and spent the next few years driving the combination stripping and reinstating the quarry.” Starting M&P in 2001 saw Mervyn undertakes a number of landfill contracts for Mouldings across the South Coast as well as undertaking a variety of operations for the growing Commercial Recycling operations in Wimborne, Dorset. “We ended up running a number of excavators, trucks and dozers for Mouldings on the landfill work, but it was getting tighter and tighter towards the end and we struggled to get the right drivers.” Mervyn explains. ‘It came to a point where we stopped the travelling work and concentrated our efforts on developing our work with Commercial. This was ideal for me as it was local but again, some of the lads weren’t happy and made it obvious so, we took the decision to get rid of the fleet and just keep one machine for myself to operate.”

Mervyn took on a Volvo EC220 but wasn’t impressed with the product which eventually led him to the door of Molson Equipment in Avonmouth. “I met with Luke (Mercer) and we hit it off straight away.” Mervyn comments “It was good to meet someone who was very open and honest about the machinery and service they offer.” That initial meeting eventually led to Mervyn and Pam investing in a new R220LC-9A excavator. “We try and keep the machines on a three-year plan.” Mervyn comments “Being an owner operator I need that element of comfort knowing that the machine will be covered should anything happen to it.” Not that Mervyn needed to worry as the R220 proved to be one of the most reliable machines he had ever owned during the first three years. “We didn’t lay a spanner on it in the time we had it.” Mervyn explains “We thought we were taking a punt in taking on a Hyundai as they weren’t seen as one of the so-called premier brands, but this is nonsense as far as I’m concerned.”

With the R220 coming up to three years old, Mervyn got together with Luke to talk about its replacement and immediately signed up for a new HX220LC. “This was a massive step-up as far as the cab and its comfort was.” Mervyn explains “I was also impressed with the refinement of the engine and hydraulics over the older machine with it being even smoother to operate and I had a drop in fuel consumption too.”

Most of M&P’s work with Commercial Recycling consists of dealing with the vast amount of materials coming into the yard at Wimborne. From stockpiling to loading trucks and the crushing and screening plants, Mervyn and his Hyundai undertake the majority of material handling on the recycling side of the business. The company also uses his services to undertake muck shifting operations externally for their huge customer base, something Mervyn enjoys doing.

EARTHMOVERS were invited down to Dorset to see the latest Hyundai to sport the M&P logo, a recently delivered HX220ALC model.

From the outside, there is very little difference between the new model and the outgoing version. Launched earlier this year, the ‘A’ variants of the loader and excavator ranges have benefitted from a number of minor cosmetic changes along with the upgrading of the engines to meet Stage 5 emissions regulations. The HX220AL features the new Engine Connected Diagnostics (ECD) system which immediately reports any engine failure to both Hi-MATE and the engine manufacturer to ensure the fastest, easiest resolution. On top of that the new EPFC (Electronic Pump Flow Control) system improves controllability and reduces operating costs. This is something that has impressed Mervyn. “I was really surprised at the smoothness of the hydraulics even compared the older HX. This machine is so responsive and easy to operate.”

Power is still supplied via a Cummins QSB 6.7 litre, 6-cylinder diesel and whilst running on 2 cylinders more than most of their competitors, Cummins and Hyundai have provided an engine capable of matching, if not exceeding their counterparts fuel consumption figures. While we were at the recycling site Mervyn was steadily loading the Powerscreen crusher with a mix of tarmac and rubble and during that time, the Hyundai recorded outstanding fuel economy figures of just 6 litres per hour. “I have been routinely getting around the 7-9 litres per hour when we are moving more material.” Mervyn points out “The Warrior screener has seen better days and I have to take it a little slower loading the crusher or we’ll get blockages!” The amazing fuel figures have impressed both Mervyn and Commercial as their fuel bill has dropped whilst still remaining as productive as ever.

Mervyn’s previous HX220 was sold with just over 5000 hours on the clock to Commercial Recycling who are using it with continued success within their own fleet. After having the machine hired to them for three years and witnessing the 100% reliability from the excavator, the company snapped up the machine when they were told Mervyn was due to replace it.

The standard front end equipment, now sporting a new grey paint scheme, comprises a 5.6m boom and 2.9m dipper is finished off with a Geith hydraulic hitch and carries a variety of buckets up to 1.2m3 capacity.

LED lighting and Hyundai’s AAVM camera system are amongst some of the extras Mervyn has opted for again on this machine with the camera system being particularly useful he says. Whilst the change to the cab on the HX series from the R series has been widely acclaimed, Mervyn believes the small tweaks to the new A model has made it even better. The excavator now comes with a heated and air suspended seat as standard plus a revised glazing detail on the cab door provides Mervyn with a better view to the floor.

With his knowledge and experience of construction equipment, along with his faith in the Hyundai product, Mervyn undertakes all routine servicing himself. “I can do it when I want to do it.” He comments “The filter and fluid changes are simple enough, and I use the parts supplied by Molson to do the job anyway, I just find it easier to fit it in around my schedule. The only time I have to call Molson is when I want to order the parts and the only time I see Luke is when the three years are up and it’s time to change the machine!”

“People say I was taking a gamble changing my Volvo for a Hyundai 6 years ago.” Mervyn says, “As far as I’m concerned, it was one of the best decisions I ever made.” 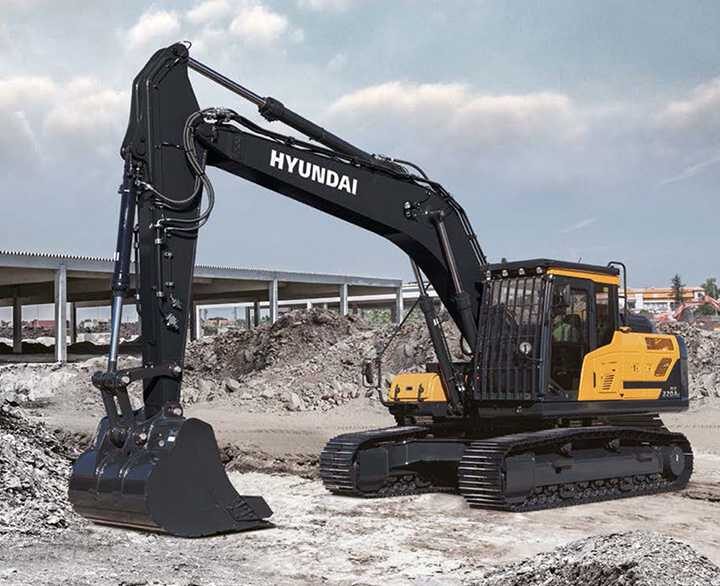 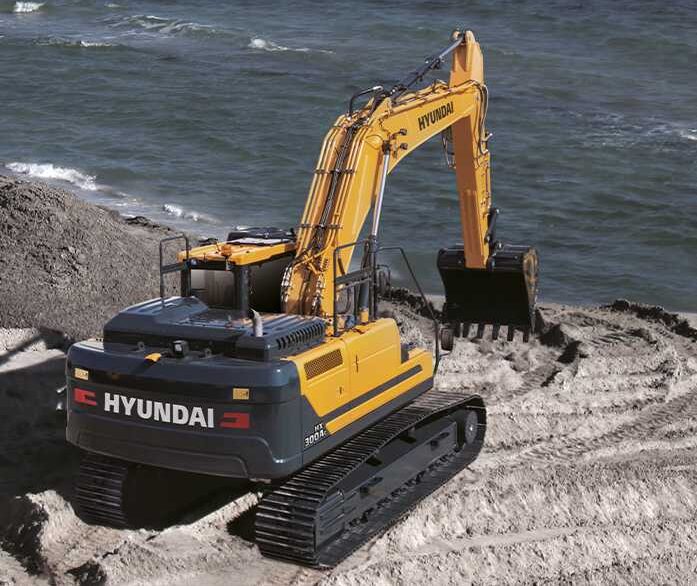 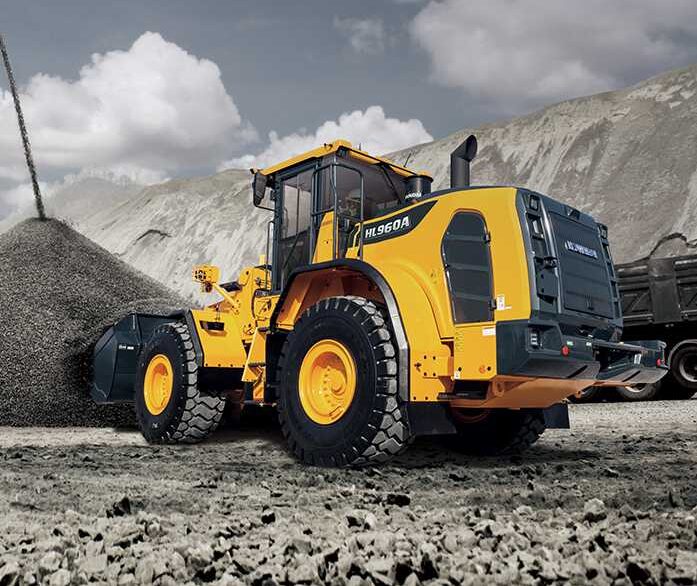 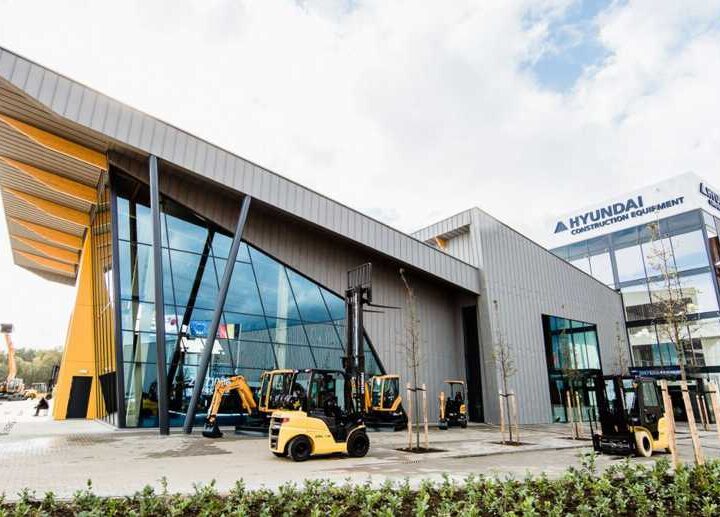 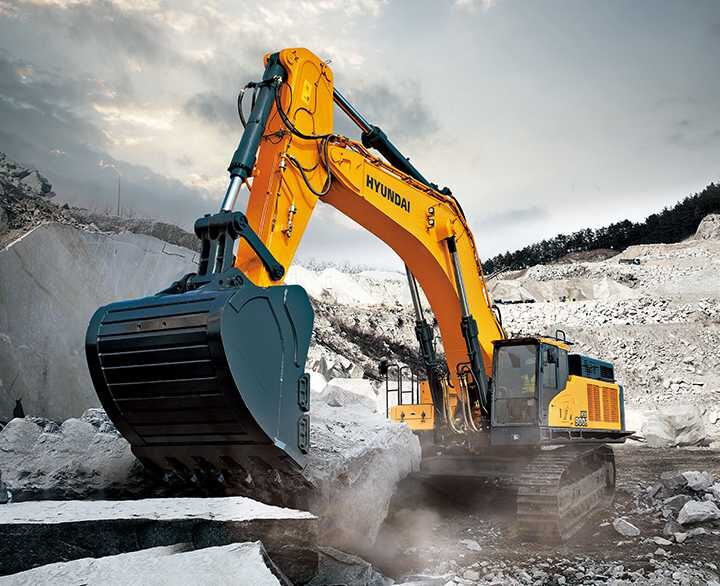