Double Blue: The Right Stuff for WE Plant

There are many choices for small plant operators when it comes to buying a tilt rotator. For a small operator buying the right equipment is a massive investment that needs to be the right one. SMP is a leading manufacturer of equipment and tools for excavators and backhoe loaders. We went to see one their new rotators at work in Oxford. Darren Scully reports.

I live in a house a very big house in the country. So went the words from the chart-topping song from the band, Blur. The song came into my head as I drove up the newly laid access road on the grounds of a country estate. I was there to see a new SMP tilt rotator that was fitted to a brand new Kobelco SK140SR. The equipment belonged to WE Plant Services who are based in South Gloucestershire. Its operator and company founder is Michael Parrott and he has been the levers ten years now. He started out with machinery in agriculture driving tractors. He then became an agency driver on diggers and after some years learning his trade he decided to go out on his own. His first machine was a Hitachi ZX225 and he worked that for a couple of years and then bought his first Kobelco 140. “I went for a Kobelco because I had heard really good things about them. Residual value was very good and the back up from the dealer Molson was excellent. Their service department is second to none and they have really helped me in getting my business known. They go that extra mile when it comes to customer service.” said Michael. He also finds his Kobelco comfortable to operate and very good on fuel burn.

Michael is a man who likes to push the boat out when fitting out his machine. He has two Kobelco SK140SR’s on this job, one is brand new and the other a couple of years old. I am really finding it difficult to work out which is the older machine. When I get a closer look at his older model, I am very impressed at the condition it is in. It is immaculate. You could eat your dinner of the cab floor and it has had many extras fitted. A full light package has been installed, windows have been blacked out which keeps the sun and heat out. He got a bit of a slagging when he did that but, with the very hot summer last year, he had the last laugh. He also has a 24-volt compressor fitted which he uses to clean out the air filter and keep the cab clean. It is also used for keeping the dust and dirt out of the radiator screen and this level of detail shows why the machine is kept in tip-top condition. He takes real pride in his equipment and that reflects in the quality of the work he carries out and why he is always asked back by his growing customer book.

Michael became aware of the tilt revolution from talking to other guys in the business and watching videos on social media. He could see that this was the future and he needed to get one for his company. It was a bit suck it and see at the beginning, but he knew it was the right move. Molson’s sold him his first Engcon 214 tilt-rotator with full control system. “The key to tilt rotators no matter who makes them is get them set up correctly with the machine. The work we do can be very intricate and I need to have absolute control. Ground workers like to work around the machine when you are placing something, and I find you need to have full confidence in your stick controls so that the rotator does exactly what you require” says Michael. He currently has an SMP tilty on trial and so far, he is really impressed. It is built very tough and the control system is doing exactly what it says on the tin. It took Michael a bit of time to get used to the different set up but now he is sold on it. “I think it is fantastic. The install Molson have done is top class and they have the precision down to a fine art. I am digging out a road on this job and I have it exactly the way I want it; I can spin the bucket and cut the road edge like a knife. The finish you can get with this equipment is what gives you the advantage over a machine that does not have a rotator fitted” he said. It is all about adjusting the bucket to the angle you need. This allows you flawless finishes. Michael is putting in access roads and tracks on this private estate and will be here for a few more weeks. He also makes the good point that with dealer Molson, he can buy the excavator and rotator off them which means just one point of contact if there are any issues that need addressing, so it gives less headaches. The last point Michael likes to make is when some same a digger is a digger and a tilty is a tilty. “That is the very same as saying a car is a car. It would be like to comparing an Aston Martin with a Ford Fiesta. They are both cars but the build quality and performance between them is vast. I would like to think the package I have is more Aston Martin” he concluded. 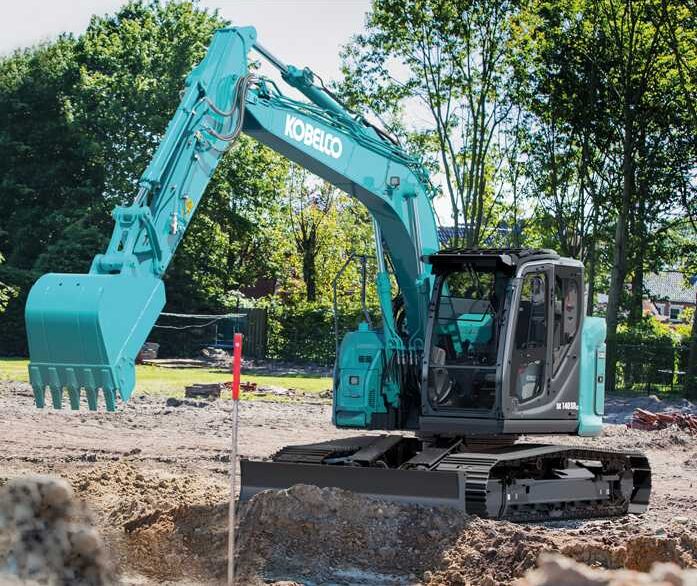 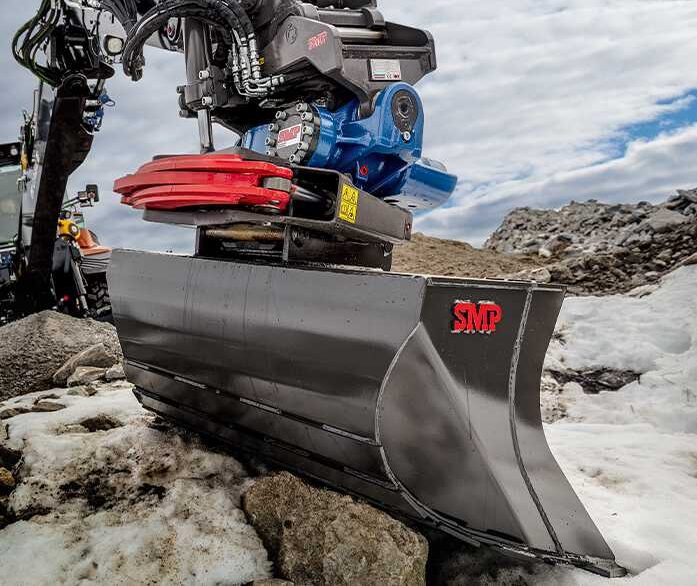 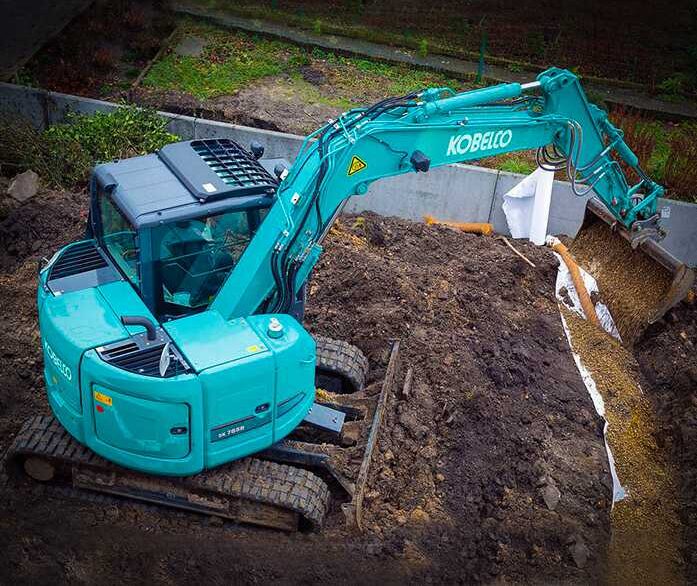