Breedon Northern has invested in the largest Terex Finlay tracked conveyor currently available from Finlay Scotland. The TC-100 is being used as a link conveyor in a static aggregates production plant and is already delivering big savings.

Deep in the heart of Breedon Northern’s Daviot Quarry, which is located just seven miles south of Inverness, this 100ft conveyor has fast become a vital part of the production process. Providing a link between two static sections of the plant, the TC-100 has slotted in perfectly, doing a job that was previously completed by a loading shovel.

A perfect fit for the job

This section of the production process starts with an Allis Chalmers 11-36 secondary cone crusher, from which the material flows into a Terex Finlay 883+ heavy duty screener. The mid-size fraction is then fed onto the TC-100 conveyor, with oversize material recirculated thorough the 11-36. At the end of the 30m conveyor, which is fitted with a chevron belt, the material is dropped into a feed hopper and then into a static Metso G158 cone crusher before being separated into saleable products by two Terex Finlay 694+ inclined screeners.

The TC-100 is the largest conveyor manufactured at Terex Finlay’s Omagh facility in Co. Tyrone, Northern Ireland. The comprehensive Terex range of conveyors goes from a 65ft tracked unit up to the TC-100. Capable of handling 600 metric tonnes per hour (mtph), the TC-100 has the capacity to prove a useful addition to any aggregate production facility. Capable of being used as a link conveyor, as in this application at Daviot, or as a stockpiling conveyor, the potential efficiency benefits are significant whatever the application.

Figures from the extensive testing carried out by Terex Finlay suggest that in a typical application where a crusher is producing 400mtph, it would only take approximately 17 minutes for the discharge height of the crusher to be reached. A loading shovel would then be required to clear the stockpile continuously from this point. However, using a TC-100 set-up at 24 degrees, with a 12.5m discharge height, it would take over 14 hours of production until the material would need to be cleared.

In the right environment, it is easy to see how this could result in a huge saving in the amount of times material is handled before it finally goes out of the gate. In an industry where production costs are continuously increasing and margins are being squeezed, this simple but effective innovation could be the key for many sites to drive down their cost per tonne.

Getting the right answer

The Terex Finlay TC-100 conveyor range also includes a 75ft option with both high and low-level feeder options and a TR-75 radial conveyor. The radial conveyor is capable of producing a 270-degree stockpile, handling a 500mtph throughput with ease.

Alan Scott, Daviot Quarry Manager. Said: “The TC-100 has been with us for a few weeks now and it has really helped tidy up our process. When it first arrived, I was impressed by how substantial the build of the machine is. It hasn’t missed a beat yet and the signs are good for the future.

“We had previously been using a loading shovel to move the material from the first cone across to the feed hopper, but the TC-100 has allowed us to release that shovel onto other tasks and at the same time simplify our operation.” Tom McNeil, Managing Director of Finlay Scotland, added: “Our longstanding relationship with Breedon Northern has always been based on us working to provide them with new technology that can help them boost their production and improve efficiency. As soon as Terex Finlay told us about the range of conveyors becoming available, it was simply a case of using our knowledge of their site to advise where a conveyor could improve their process.” 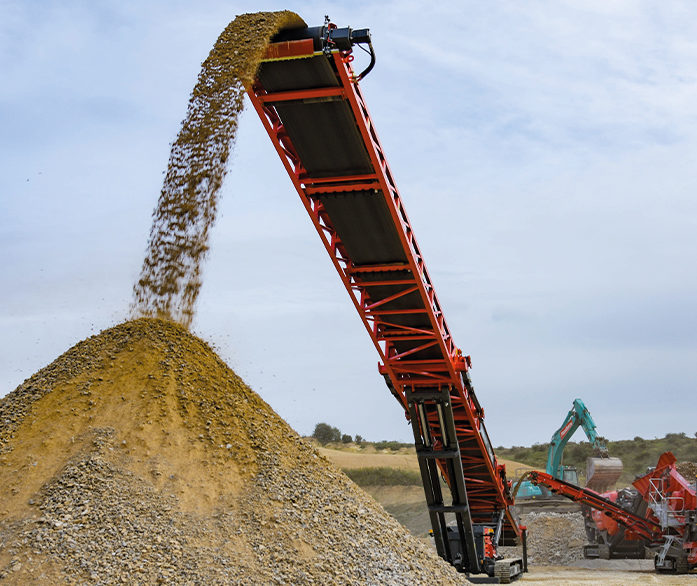 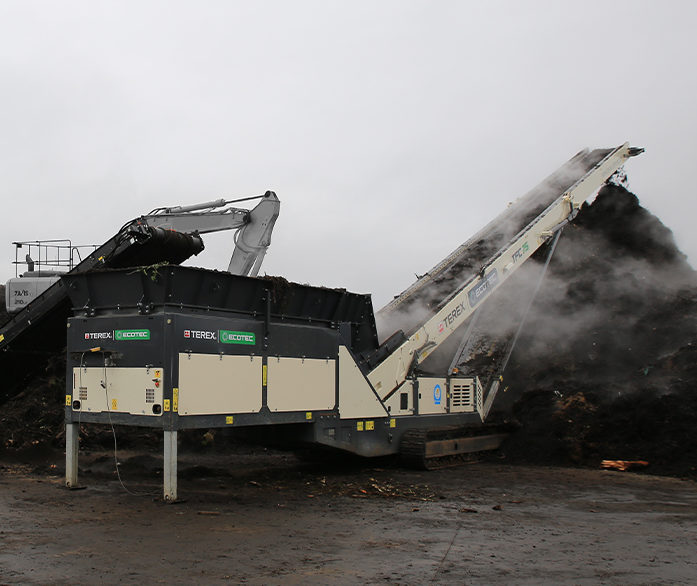 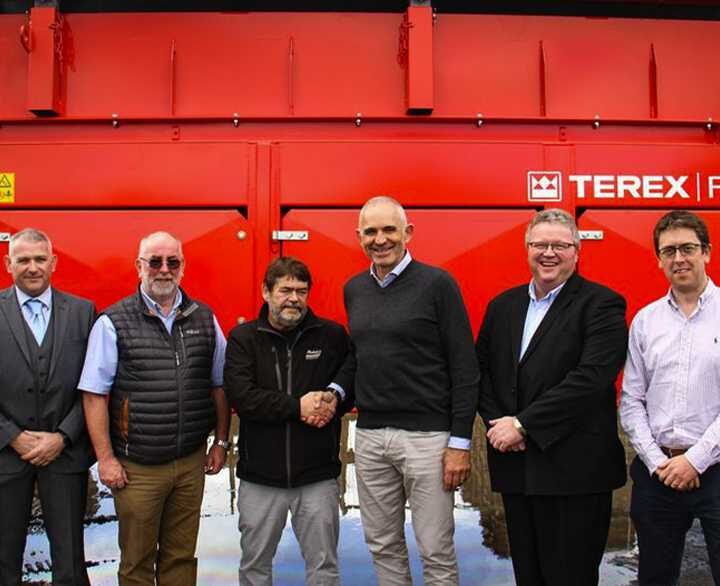 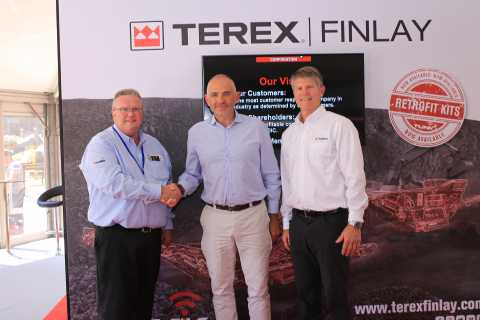