Skene Group’s long-standing relationship with Finlay Scotland has resulted in the purchase of four new machines in an order worth £2 million.

A J-1480 jaw crusher, TC-80 tracked conveyor and two C-1540P cone crushers have already been put to work between the firm’s Soutra Mains Quarry in Pathhead, Midlothian and Lomond Quarry in Glenrothes.

Speaking to Project Plant at Soutra Mains, Darren Forrester, Skene Group’s joint managing director, said, “We have owned and operated this quarry for 12 years. We have our own ready-mixed plant and block operation here, fully self-contained. All the raw materials that go into the blocks and the ready-mix are produced within this quarry. We also have our own sand washing plant here and we manufacture our own sand as well.

“The ready-mix and block are the core parts of the business, but we also supply materials to the housing sector and other markets. Our ethos is we supply a good product first time, with a quality service. That goes for any products we do.”

As well as the new purchases from Finlay, the Skene fleet also includes a Finlay 883+ screener and a 694+, two Metso HP 300 cones, a 1400 Warrior, and a Metso LT120 crusher. There’s also a CDE plant and loading shovels and excavators. Three Volvo L220H wheel loaders were recently added.

“Everything we have is big and everything we have is pretty bespoke,” Darren said. “Our excavators for feeding the crushers are bespoke to us. Some features aren’t even added at the factory; there’s a lot of them taken back and adjusted to make our loading of the crushers easier. For example, these crushers, especially the 1480, are pretty hungry – 380-400 tonnes per hour. We get the excavator manufacturers to make some adjustments to them for ease of reach and to save us moving them so much.

“With crushers, there are things we’ve already had done to them before they arrive – slight modifications we’ve asked for as a result of our experience. We’re actually carrying out some modifications ourselves to the 1540s just now because we’re looking to feed them with bigger buckets.

“Plant equipment matters to us. We don’t want to be wrecking anything; we want to get as much life out of machines as we can.”

“That is now going away to enjoy a second life,” Darren added. “We have extended warranties; we have a service contract in place. Reports will come back, and we want to know if there’s anything untoward. We do that with all our plant equipment. All our Volvos are under full R&M, our Caterpillars are under full R&M, our Metsos are looked after by the dealer.”

In terms of what Skene looks for in a dealer, Darren explained that Finlay Scotland – which was recently acquired by Molson Group – fares extremely well in the crucial areas of service and factory reaction time. He also lauded the relationship developed with Finlay Scotland sales executive Euan Fairweather.

“The dealer is probably more important than the machine itself, because there’s not a bad machine out there,” Darren said. “Every machine does break down. It’s about the relationship, it’s about the people, it’s about getting it going again. We have good days and bad days, but we’ve got to get on the phone and get a reaction, get it moving. What I would have to say has really inspired me is the relationship our company has formed with Finlay Scotland and also the Terex Finlay factory. I have never seen support from a factory come out like what it has come out.

Skene Group consistently invests in new machines to update and replenish its fleet. Darren said there currently isn’t a piece of plant in the quarry that has been in operation for more than 11,000 hours.

The purchase of the TC-80 conveyor came about following a conversation with Tom McNeill, MD of Finlay Scotland.

“Tom said there was a brand-new TC-80 sitting in his yard,” Darren said. “He offered me the chance to take it away and try it. We brought it in, and it took a bit of getting used to. That machine was specified for 400-tonnes an hour. Through tonnage tests, we got it to work up to 600-tonnes an hour. It is a valuable machine, probably to the point where there are days we can now pack a loading shovel up, so it has brought about efficiencies.”

Turning attention back to the J-1480, Darren and Willie Shields, operations manager at Soutra Mains, agree that the machine is on a par with the Metso 3054, described as “top of the tree”.

“At one time we ran 11 Metso machines,” Darren said. “They were the Rolls-Royce (of crushers) and pretty much bomb-proof. Through Euan, I went up to Jamieson Quarries in Aberdeenshire to see their J-1480 working. I was pretty impressed with that I saw. We then brought the demo machine into here and, to be honest, it was the equivalent of the Metso 3054. That’s the top of the tree. We will work a machine hard. It’s here to do a job; if anyone wants to test something, bring it to us. But that’s what’s expected. I won’t hide anything. The 1480 crusher has helped us; I’m very impressed.”

Willie Shields added, “Our operators are so used to Metso machines that they couldn’t see past them. It took a little while (to get used to the J-1480) but now there aren’t any negative comments. They’re easy to use and very modern. Nothing has jumped out that’s given us a problem.

“We suffer in here from sticky materials, and it’s handled those well. There was an issue when we had the demonstrator in, and we changed a couple of things that we wanted in the design. One of the chutes was particularly sticky and had a tendency to choke up. We’ve now done that and we’re not having that same issue.” 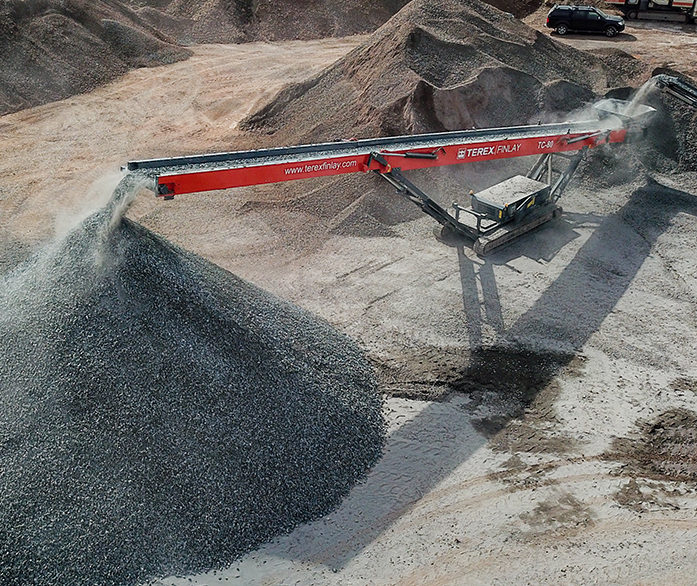 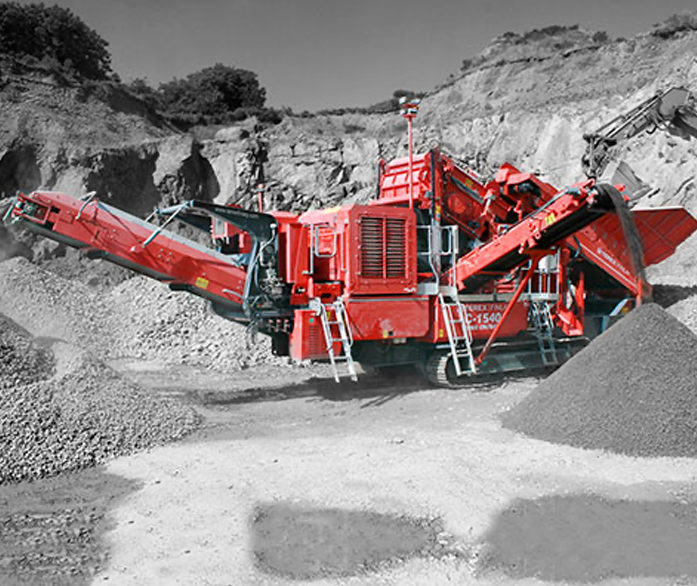 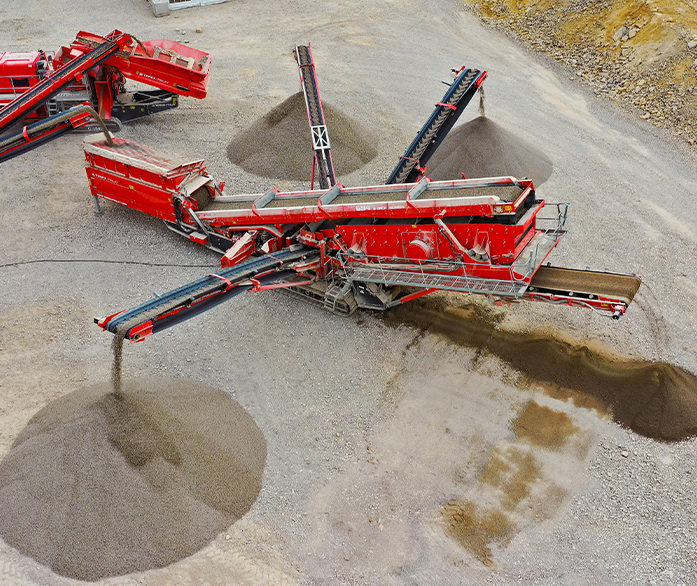